Youth Is Wasted On The Young

03 Jan Youth Is Wasted On The Young 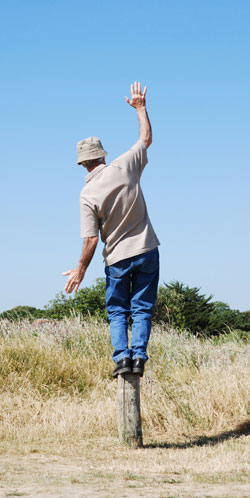 “Youth is wasted on the young.”
~ George Benard Shaw

Social media is a place where the young’uns may not be the only ones gathering ’round.

According to the Pew Trust,

One of the best ways to analyze which way the arrow points in the Fad or Trend argument is to realize 1603 Million people access the internet via broadband connections in 2009 and facebook served 23% of the US display ad market in Q3 2010 (or 297 Billion Ad impressions).4

That’s a lot of eyes but what does it all mean and will it help my business?

The real truth is, as with all business decisions, it must be taken in context. Ask yourself a number of basic marketing questions: Are my prospects there? Do I have a useful strategy or reason to be there? And do I have the time, energy and resources to be there and do it well?

Honestly and truly, facebook, Twitter and LinkedIn are websites that are functioning as a hub of communication and interaction; the same as Google, Yahoo, MSN live, AOL and MySpace (The darlings of years present and past) or whoever grabs our media imagination next. This latest iteration of websites has simply found a way to ensure we keep coming back by offering a subject we never tire of: ourselves.

We have seen that neither age nor technology are barriers. The youth are there in force. Those who may have some free time as empty nesters and retirees are there. The rest in between are there as well. When considered in the grand context: ‘Social Media’, when monetized, is really as much media as a social gateway. This gateway is a portal providing entertainment that needs funding to continue providing that entertainment and, it seems, the most likely way to fund the enterprise will be advertising. (It’s always worked for TV…)

Are you prepared to make interesting, useful and, possibly, entertaining information for others to peruse? Do you have the expertise and bandwidth to do so? An analogy I’ve often heard is: Can you write a joke? Then are you sure you can write ad copy? Each is charged with evoking a response. Behind all of the discussion of a ‘conversation’ in social media, each of us is charged with putting food on the table and that will require the creation of customers. This conversation is an extension of the work you do on your website, marketing and advertising not a replacement.

As businesses, it behooves us to be where people are, making it possible to be seen when that prospect makes a decision on your product or service. However, ‘being there’ requires a consistent, considered strategy and, despite current popular perceptions, not a place inhabited only by the young. Youth may be wasted on the young, but technology is certainly age agnostic.

Sorry, the comment form is closed at this time.